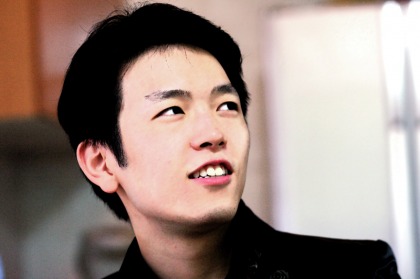 Mr. Yen has concertized in Europe, Asia, and North America, embracing a wide range of repertoire. Making history at age 13 as the youngest pianist to perform in recital at Taipei’s National Concert Hall, his annual concert tours in Taiwan have brought widespread critical acclaim. His rendition of Balakirev’s “Islamey” at the Braunschweiger Kammermusikpodium Germany at age 14 drew significant public attention and received rave reviews.

Concerto performances take Mr. Yen to orchestras all over the world including the Russian National Orchestra, Staatsorchester Rheinische Philharmonie, and the National Symphony Orchestra of Taiwan. He has enjoyed collaborations with many conductors, including Mikhail Pletnev, Henry Mazer, Uri Mayer, and Shao-Chia Lü.

Mr. Yen’s debut album, released in December 2007 on Universal, earned him the award of Best Classical Performer at the 19th Golden Melody Awards in Taiwan.

Born in Taipei in 1983, Chun-Chieh began his piano studies with Mei-Fu Chen and Rolf-Peter Wille. From 1999 to 2007, his studies continued under the tutelage of Vladimir Krainev at the Hochschule für Music und Theater Hannover in Germany. During this time he won numerous prizes in competitions, including First Prize at the 4th Hamamatsu International Academy Piano Competition in Japan (1999) and Third Prize at the 4th Prokofiev International Competition in St. Petersburg (2004). He also received the "Prix de L'Ordre du Merite" in Luzern, where he was praised by Maestro Alexis Weissenberg.

In 2007, Chun-Chieh was given a full scholarship to study with John Perry at the Colburn Conservatory of Music in Los Angeles, where he is currently a candidate for an Artist Diploma.
Home｜Biography｜Resume｜Repertoire｜News｜Press｜Gallery｜Media｜Shop｜Link｜Guestbook｜Contact